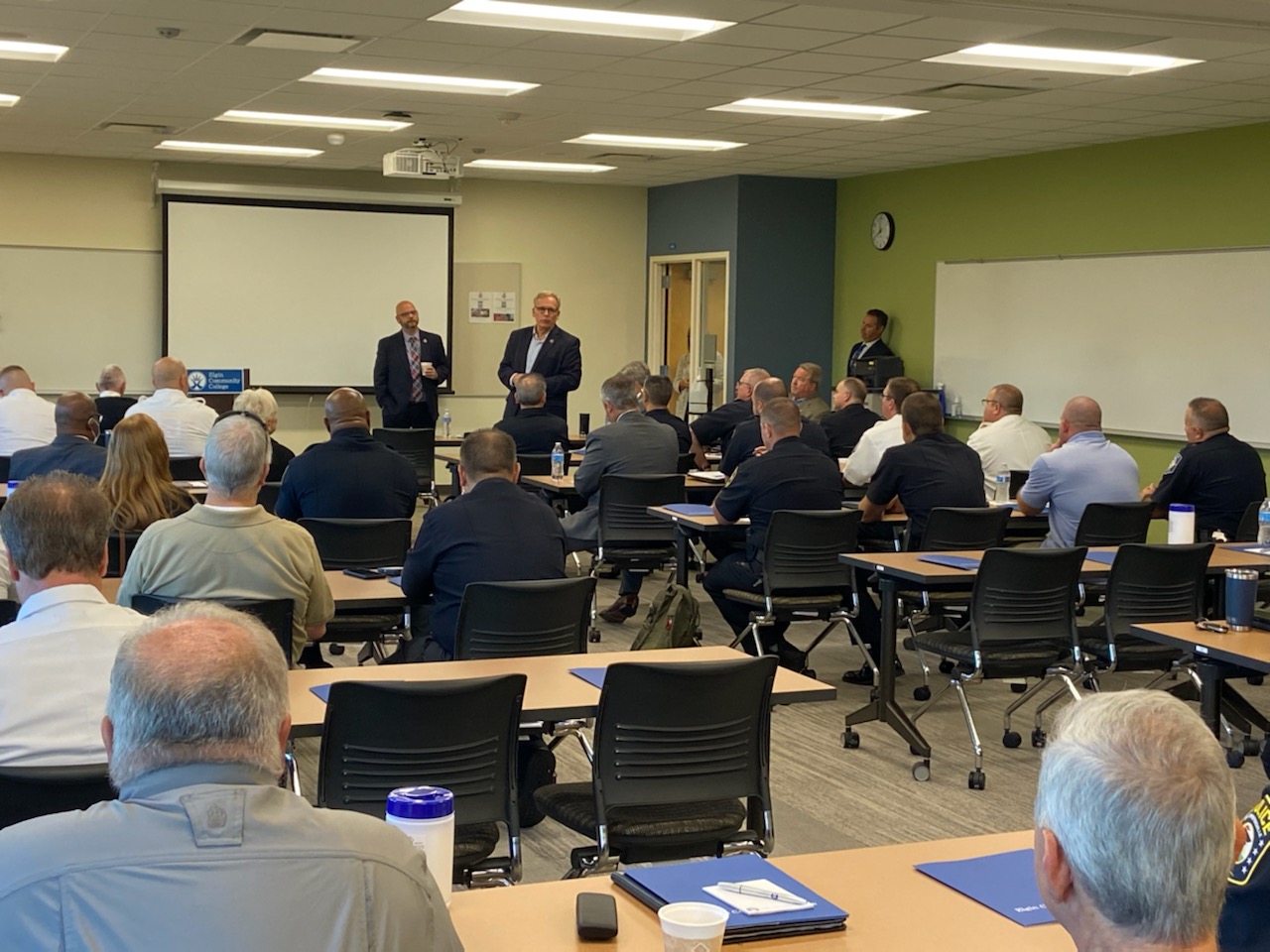 KANE COUNTY— Four local legislators hosted a group of more than 50 representatives of Kane, McHenry, and DeKalb County police and fire protection on August 31 for a detailed discussion of the SAFE-T Act and other challenges currently facing emergency responders in the region.

“I felt it was imperative that we get our emergency responders together to discuss issues that are important to them before we head to the legislative veto session. Especially as the implementation date for costly and controversial provisions of the so-called ‘SAFE-T Act’ approaches, we need to learn about challenges they are facing as they prepare to put the new measures in place,” said Sen. DeWitte. “Across the board, we are hearing from local and county law enforcement that the costs of implementation are well beyond what municipalities and county government can afford.”

Counties across the state are preparing for implementation of no cash bail, body camera, and other mandates within the SAFE-T Act. Kane County law enforcement is requesting a 50 percent increase in staffing to address new timeline requirements for the review of body camera and police car camera footage, and additional staffing is also being requested to meet expedited timeline provisions for mandatory initial hearings within new judicial processes.

“I heard from law-enforcement prior to this legislation that we needed many areas of updating our system, but the realistic costs of implementation are astronomical,” said Rep. Keicher. “Kane County is building two new courtrooms, and in addition to added staff to view camera footage, they are looking to hire additional public defenders and court reporters to meet timeline requirements that clearly weren’t thought through very well. For example, they’re looking at holding court on weekends and holidays just to meet the mandates within the bill.”

The group also discussed changes in detention standards that will require about 130 current Kane County detainees to be released on January 1, because the offenses for which they are being held will no longer be considered “holdable offenses,” and expedited requirements for police incident reporting that will force responding officers to meet filing deadlines that are considered by most to be unrealistic.

“Following our meeting today, the problems of the SAFE-T Act have become even more evident to me since its becoming law and as we approach the implementation date of many of its provisions,” said Rep. Ugaste. “We need to start the legislative process over with the SAFE-T Act, or at the very least fund the mandates the legislation imposed.” 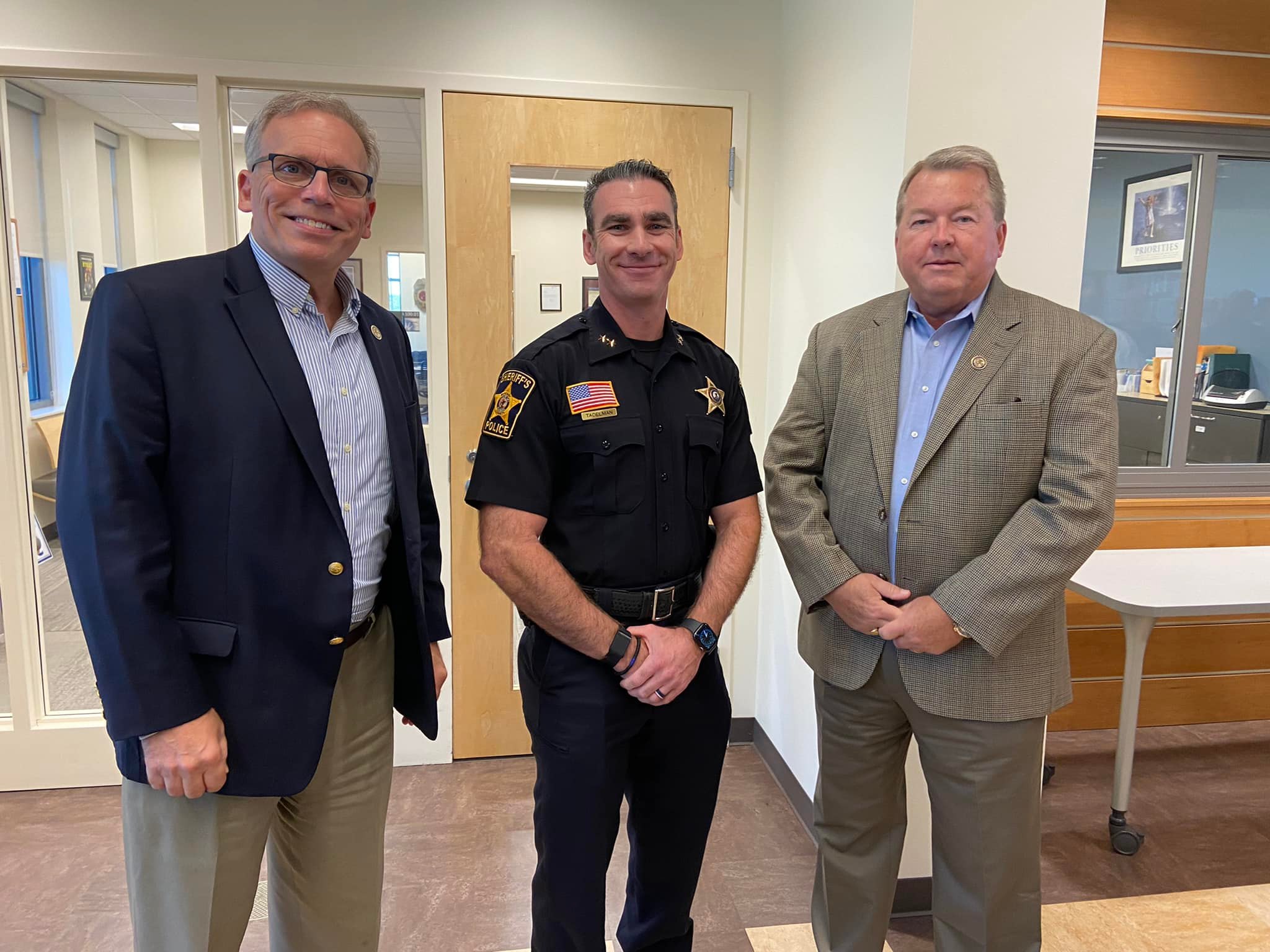 “In a few months, many Illinois counties will have to have all provisions of the SAFE-T Act in place,” Sen. Syverson said. “Unfortunately, as these new mandates take effect, gaps, contradictions, and other unintended consequences will be identified. This is no way to address an issue as important as our criminal justice system. Best practices for lawmaking were disregarded, leaving our local law enforcement professionals largely in the dark about implementation and enforcement.”

While a discussion of the SAFE-T Act was of primary focus, the group also discussed the use of chemicals in firefighting, and staff recruitment, mental health response, and overall funding challenges.