SPRINGFIELD – A late-night bill to repeal the Parental Notice of Abortion Act in Illinois – controversially passed through the General Assembly by Democrat legislative leaders late in October – has not yet been acted on by the Governor four weeks later.

In other news, Illinois is on course to be a leader in the manufacture of electric vehicles and parts with the signing of a new law that received strong bipartisan support.

The Illinois Department of Transportation has released a map that will provide more reliable, up-to-date road conditions.

And the Illinois State Fire Marshal’s office is recommending safety tips in the kitchen for the upcoming holidays. 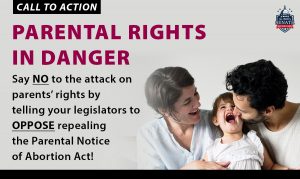 Democrat leaders in the Senate and in the House of Representatives garnered enough votes on a bill in late October that would repeal parental notification of abortion in Illinois, despite Republican lawmakers and some Democrat lawmakers taking a strong stand for parental rights in assuring the physical and mental well-being of their minor children.

State Sen. Dave Syverson (R-Rockford) says House Bill 370 is a direct attack on parental rights and will leave countless young girls vulnerable at a time when they desperately need support and guidance.

The Parental Notice of Abortion Act of 1995 requires that parents of minors be notified before their child receives an abortion procedure. Currently, the law simply stipulates that a parent be informed of the procedure. Parents are not required to provide consent. Should Gov. JB Pritzker sign House Bill 370, minor children would no longer have to inform their parents prior to undergoing the medical procedure. 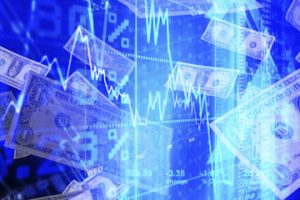 On Nov. 16, the Governor signed a new law that will build on Illinois’ strengths in the burgeoning electric vehicle manufacturing industry by providing strong incentives for electric vehicle production across the state.

Senate Republican Leader Dan McConchie (R-Hawthorn Woods) was instrumental in negotiating the bill to include a provision that would provide great potential tax savings to not just auto manufacturers but companies in every business sector. By allowing businesses to carry forward any net operating losses for 20 taxable years, these negotiated tax law changes will give all businesses in Illinois more flexibility to deal with the economic realities of the past 18 months and beyond. For many companies, these tax savings will be extremely significant.

House Bill 1769 was approved by a 55-0 vote of the Senate on Oct. 28 and a 110-2 vote of the House on Oct. 28. Sen. Syverson says this measure is an example of what lawmakers can accomplish when they work together for the best interests of Illinoisans.

To learn more about the REV Illinois Program, please visit the Department of Commerce and Economic Opportunity website at https://www2.illinois.gov/dceo/businesshelp/REV/Pages/default.aspx.

The Illinois Department of Transportation (IDOT) announced this week the launch of a new and improved winter road conditions maps on its Getting Around Illinois website at http://www.gettingaroundillinois.com/.

The new tool will help travelers get more reliable information. Instead of continuing to display conditions by county, the revamped map will show how weather events are impacting roads under the jurisdictions of the more than 120 snow-and-ice team sections that work out of IDOT facilities throughout the state. Additionally, conditions on interstates and U.S. routes, which carry the most traffic in Illinois, will be given priority reporting status and appear more boldly on the map.

A short video on how to utilize the map and review conditions can be viewed at https://www.youtube.com/watch?v=sGDYdzJjWsM.

The holidays are upon us and the Illinois State Fire Marshal’s Office is offering tips for safe holiday dinners.

House fires are four times more likely to happen on Thanksgiving Day due to the nature of involving more cooking equipment. According to the U.S. Fire Administration, each year from 2017 to 2019, an estimated average of 2,300 residential building fires were reported to fire departments in the U.S. on Thanksgiving Day.

Tips to keep in mind when preparing food, not just during the holiday season but all year, can be found at https://www2.illinois.gov/sites/sfm/CurrentFocus/Pages/Cooking-Safety.aspx.